Pepsi Taps Consumers to Shake Up Refresh Project in 2011 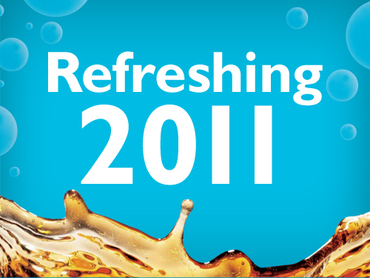 Pepsi Refresh Project to Fund Twice as Many Vibrant, Fun Ideas to Move Communities Forward in 2011

PURCHASE, N.Y. — Pepsi has announced the program details of the 2011 Pepsi Refresh Project, a crowd-sourcing movement that supports bold, fun creative ideas that have the power to move communities forward. In 2010, the Pepsi Refresh Project, an award-winning program, directed millions of dollars to fund over 1,000 great ideas across the country. Pepsi has always stood for optimism, challenging the status quo and celebrating the choice of the next generation. In 2011 Pepsi will take the next step by building on the success of 2010, to fund twice as many great ideas and make this year's Pepsi Refresh Project even more social.

Pepsi solicited feedback from the Refresh Everything community through focus groups on Facebook and interviews with grant recipients, and has evolved the project to empower individuals and communities to do more in 2011.

"Consumers spoke up and we listened, setting into motion the vibrant changes we've made to the program," said Jill Beraud, Chief Marketing Officer and President, Joint Ventures, PepsiCo Beverages Americas. "We believe that by challenging people to be optimistic, curious and creative, and daring them to do a little more, the Pepsi Refresh Project in 2011 is helping to curate ideas that make us think that anything is possible. Anyone can make good things even better and have fun doing so."

In 2011, Pepsi will give out more than a million dollars in grants each month, through 60 grants ranging from $5,000 to $50,000 to bring even more great ideas to life across the nation. The number of overall grants awarded each month will almost double compared to last year, daring people to do a little more and allowing more individuals to help bring forth awesome ideas, while still allowing America to decide which ideas they like best. To continue to make the world more fun, more vibrant, better, Pepsi is introducing four grant tiers: $5K, $10K, $25K and $50K.

Pepsi is also amending the submission process by accepting project entries during a five-day period at the beginning of each month. Each month, 1,500 new ideas will be randomly selected for voting, increasing the number of ideas posted to the site. Staying true to the democratic process, ideas with the most consumer votes will be funded. From May through December, voting opens on the first of each month, and 60 monthly grantees will be announced beginning in June.

This year, people will have more opportunities than ever to vote on their favorite ideas. In addition to online voting, people can join the conversation, spread the word and vote for ideas through social platforms such as Facebook, Twitter, the Pepsi Refresh Project mobile app and the text2vote program. Pepsi will also be introducing power votes from May 1 to September 30, providing consumers another channel to speak up and support the ideas they're most passionate about. Power votes give consumers the chance to apply extra votes to one idea they like on refresheverything.com by finding special codes on select Pepsi packaging.

In partnership with GOOD, the project's social responsibility partner, Pepsi will continue to provide comprehensive support to Refresh Project grantees. GOOD will continue to work closely with grant recipients to activate their projects, ensure the greatest impact possible, and tell the inspiring, fun stories of grantees making a difference in their communities. Pepsi will also continue its partnership with Global Giving to administer grant disbursements and monitoring.

Changes to RefreshEverything.com kick off February 1, at 6 a.m. ET. Stay tuned for more exciting announcements and updates in March on the Pepsi Refresh Project in 2011 on www.refresheverything.com, on Facebook at http://www.facebook.com/Pepsi, or on Twitter @Pepsi or #pepsirefresh.

In 2010, awarded grants refreshed hundreds American communities; for example, 98 schools along with 68 parks and playgrounds have been built or improved, and 30 prom outfits were provided to high school seniors who could not afford them. In the last year alone, the Pepsi Refresh Project grantees have received an additional $3.2 million in funding as a result of their participation in the project and 23,000 volunteers have supported funded projects. By engaging America online, more than 76 million votes have been cast on RefreshEverything.com, and more than 6.5 million voters are registered on the site.